Through My Lens During the Month of May

May has been tough on the Red Wings. They ended it in the basement of the International League North Division again. Our poor manager, Gene Glynn, normally a calm, mild-mannered guy, has lost his cool with some umpires recently. Although this is out of character for Gene, his frustration is certainly understandable. I’m really hoping they can string together a bunch of wins next month and at least get to a .500 winning percentage.

This May, as previously mentioned in this blog, Frontier Field played host to one of the most exciting events I have ever covered – the PepsiMAX Field of Dreams Game. It’s still hard for me to believe that Reggie Jackson was playing right field here in Rochester on May 18th. The Field of Dreams Game crowd was the second largest in the seventeen year history of Frontier Field.

The other day, I finally shot the right photograph to make a neat tilt-shift image of Frontier Field. Tilt-shift photography is produced by using a special lens which, among other things, has the ability to allow for selective focusing. These lenses are commonly used in architectural photography to correct distortion while photographing tall buildings. Since I don’t own a tilt-shift lens, I needed to create the effect digitally. I think the results were pretty good. This miniature looking scene was made during a game in which the Red Wings met the Charlotte Knights on Saturday May 26th.

Also this month, I began a partnership with Pro Baseball Insider, a website founded by Red Wings shortstop Doug Bernier. This is a wonderful resource for baseball players from youth to pros and the best part about it is that it’s FREE! Doug and his fellow professional baseball players give useful advice on everything from proper pitching mechanics to how to sign a baseball for a fan. You can even send them a video of yourself playing the game for analysis. They’ll study it and offer tips on how to make improvements! I wish this website was around when I was coaching youth baseball. My role with PBI will be to supply photographs which demonstrate proper mechanics and to provide pictures which help illustrate subject matter for PBI original articles. I’m happy to be part of the PBI team! Check them out at http://probaseballinsider.com/ 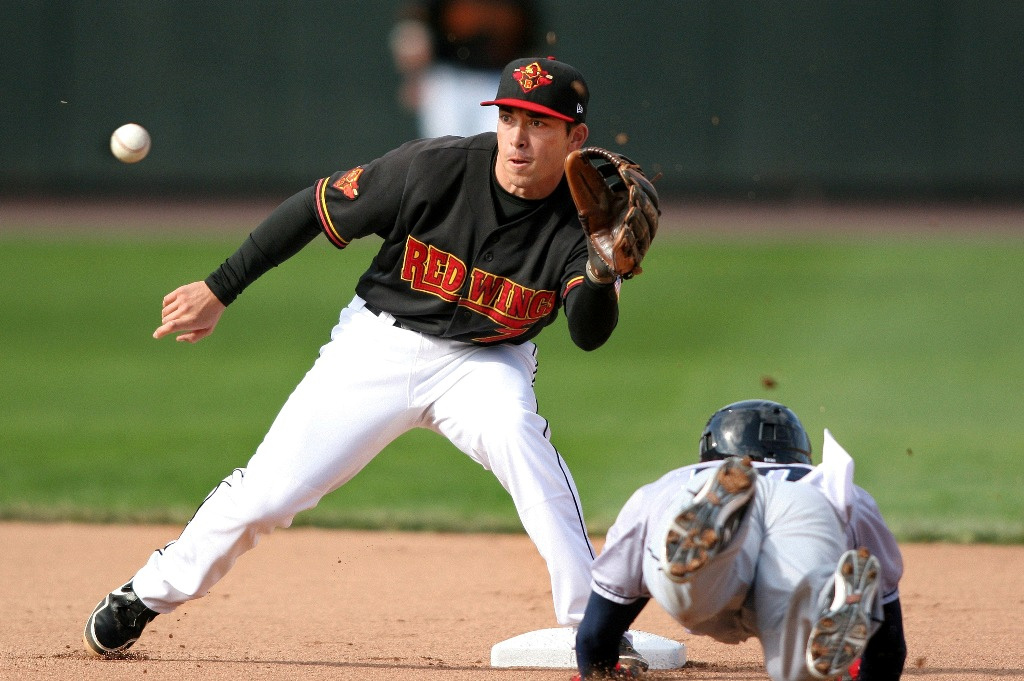 Watching the Red Wings struggle this month through my lens has been difficult but I remain hopeful as we head into the dog days of summer.