Over the course of a baseball season, I will capture tens of thousands of images beginning with spring training. And during the winter months I enjoy going back to review my pictures from the past season because I get to relive the baseball moments I saw through my lens while the snow is blowing here in Western New York. Here now, are my favorite pictures from 2014.

During the 2013 off-season, the Twins traded former Red Wing Ray Olmedo to the Tampa Bay Rays. Olmedo was a fan favorite in Rochester and was popular with his teammates for his looseness in the dugout and great sense of humor. Here he is reunited with his former teammates Eduardo Escobar, Deibinson Romero, Wilkin Ramirez and Oswaldo Arcia, before the start of a 2014 Spring Training game between the Tampa Bay Rays and the Minnesota Twins on March 20th.

New York Mets shortstop Ruben Tejada makes an awkward stop but was able to come up throwing to get the out during a 2014 Spring Training game against the Minnesota Twins on March 21st. 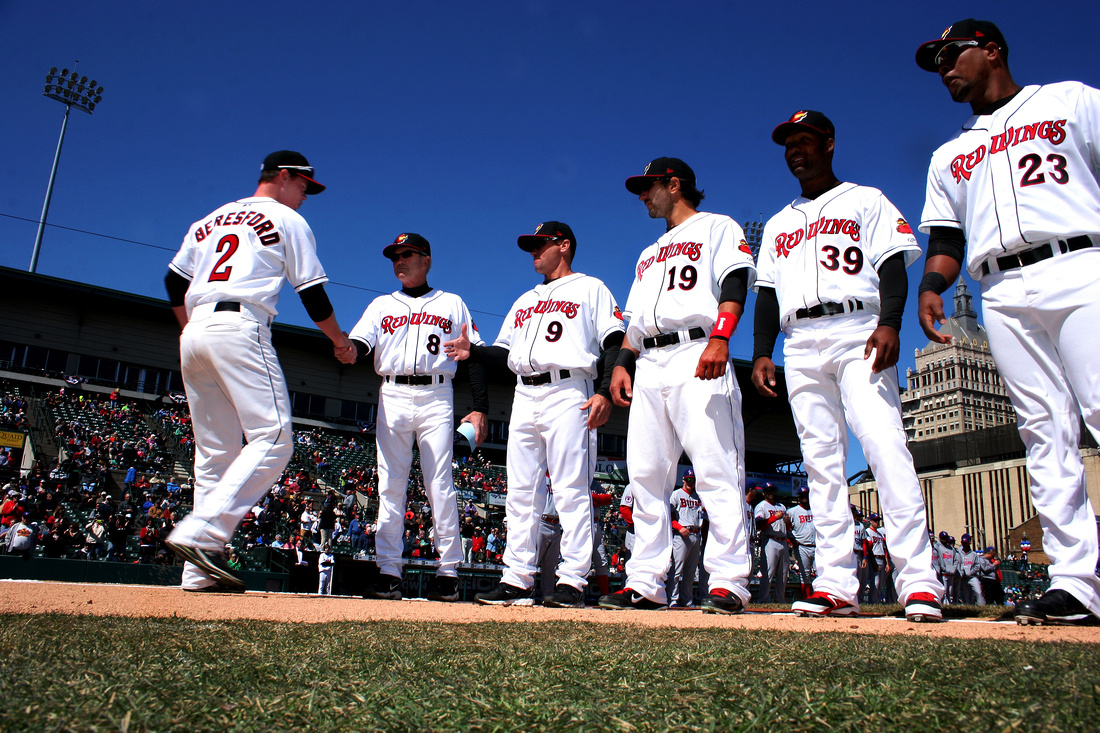 The Red Wings are introduced on Opening Day 2014, wearing their brand new uniforms.

On April 9th, game time temperature at Frontier Field was 50 degrees. Not too bad for Rochesterians coming out of a frigid winter. But for outfielder Eric Farris, just having returned from the warm Florida sunshine of Spring Training, it was cold. 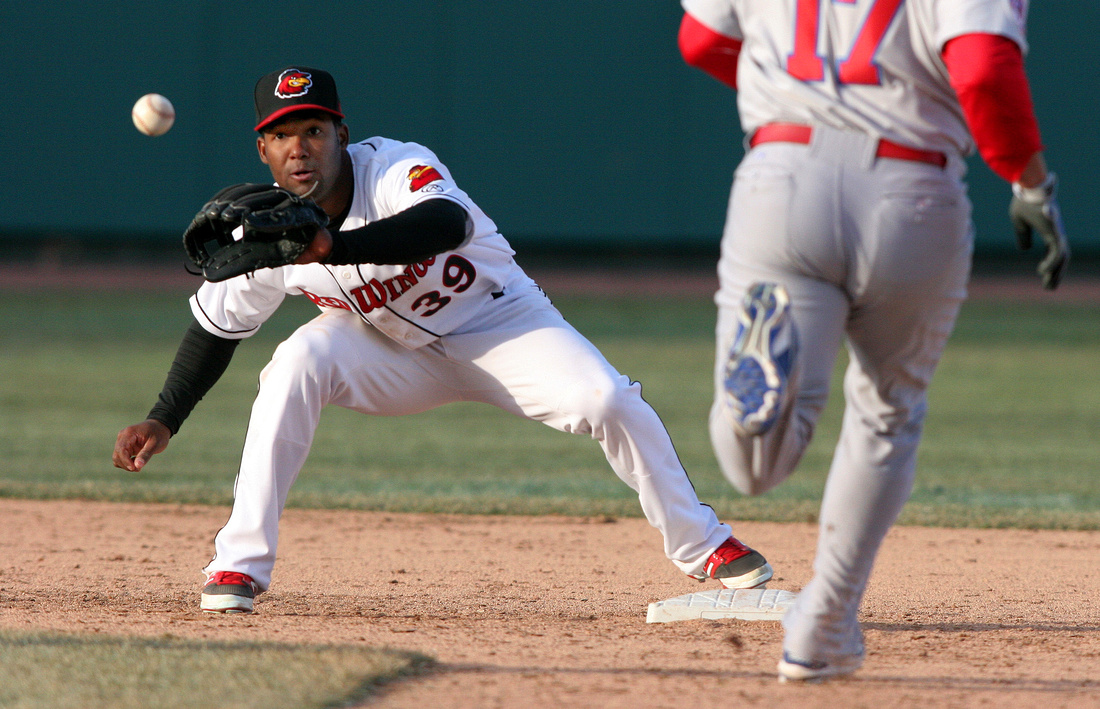 Danny Santana makes an easy force out at second base during a game against the Charlotte Knights on April 6th. I’m always looking for an artistic approach to my baseball photography. This simple photo was taken in the Red Wings dugout.

I was really looking forward to this shoot. Working with a player off the field is fun especially when it’s a respectful, young gentleman like pitcher Alex Meyer. Alex wanted to be photographed with his Ford truck for this special promo shoot. He’s particularly proud of his truck because he purchased it from his family’s Ford dealership which his grandfather Don started over forty years ago in Alex’s home town of Greensburg, Indiana. Oh, by the way - at 6’ 9”, Alex is the tallest pitcher in Red Wings history.

For some reason this picture of Doug Bernier, gently tossing a ball to a young fan, strikes me. It has a gracefulness about it that gives it an artistic feel.

I have heard the National Anthem being sung countless times, but ten-year-old Baylee Morrison’s rendition was probably the best one I’ve ever heard. I rarely get caught up in the moment when I’m shooting because I’m concentrating too much on things like composition, focus and other technical concerns. But hearing Baylee belt out the National Anthem gave me goose bumps on this day. This photo captures her confidence and poise during this performance. She’s a special talent.

“I got it, I got it”! Pedro Florimon calls off his left fielder as he prepares to catch a pop up. For me, a successful sports photo should have, among other things, a clean background. In technical terms, this can be achieved by either blurring out a distracting background by using a wide opened aperture like f 2.8 or by heading for higher ground to shoot from an elevated vantage point so you’re aiming down onto the field. This is why I often like to shoot from the stands. The light striking the front of Pedro’s face is also an element that I really like here.

I’ve made a business, for many years, from portrait photography so naturally I often have my eye out for a nice portrait during a ball game. This in-game portrait of Jasmil Pinto reflects his quiet warrior, on-field personality.

This overjoyed, young fan will likely remember this day for the rest of his life. The day that his folks took him to a Red Wings game and an umpire walked over and handed him a baseball. Shooting away from the action on the field can be very rewarding when a moment like this is captured. 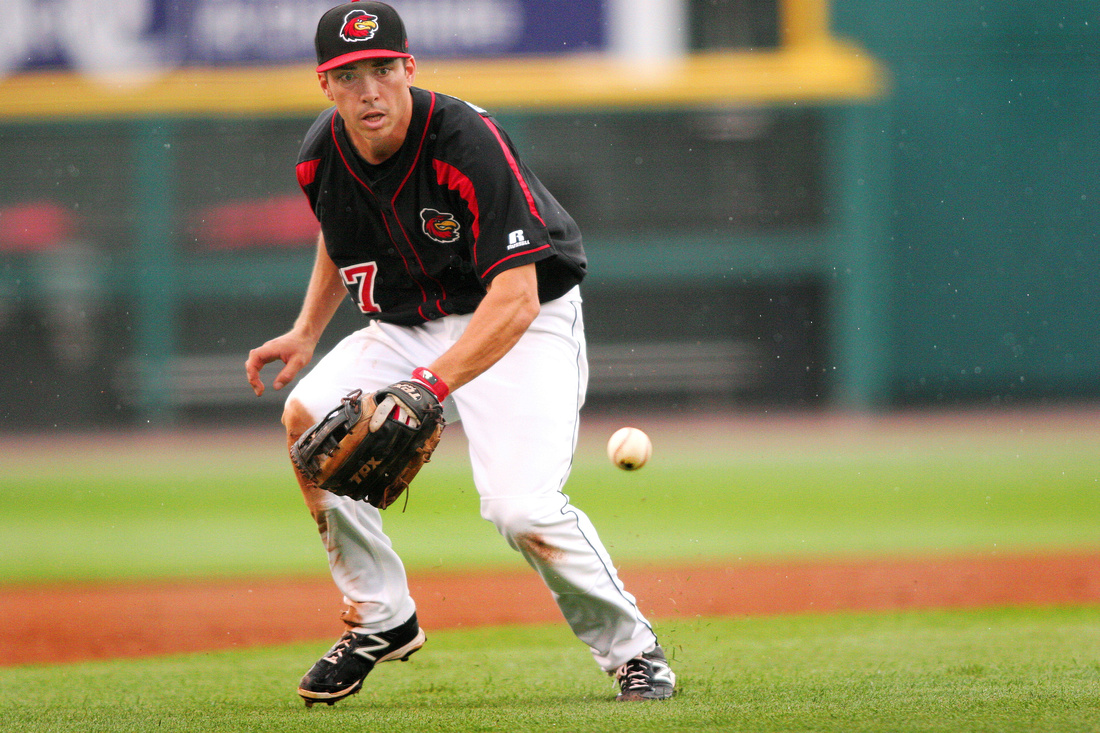 Doug Bernier is one of my favorite players to photograph. This picture, taken on a rainy afternoon, shows the usual intensity in Doug’s face. He maintains this intensity whether he’s fielding batting practice ground balls or charging a bunt during a game. When Doug steps between the white lines, he’s all business. 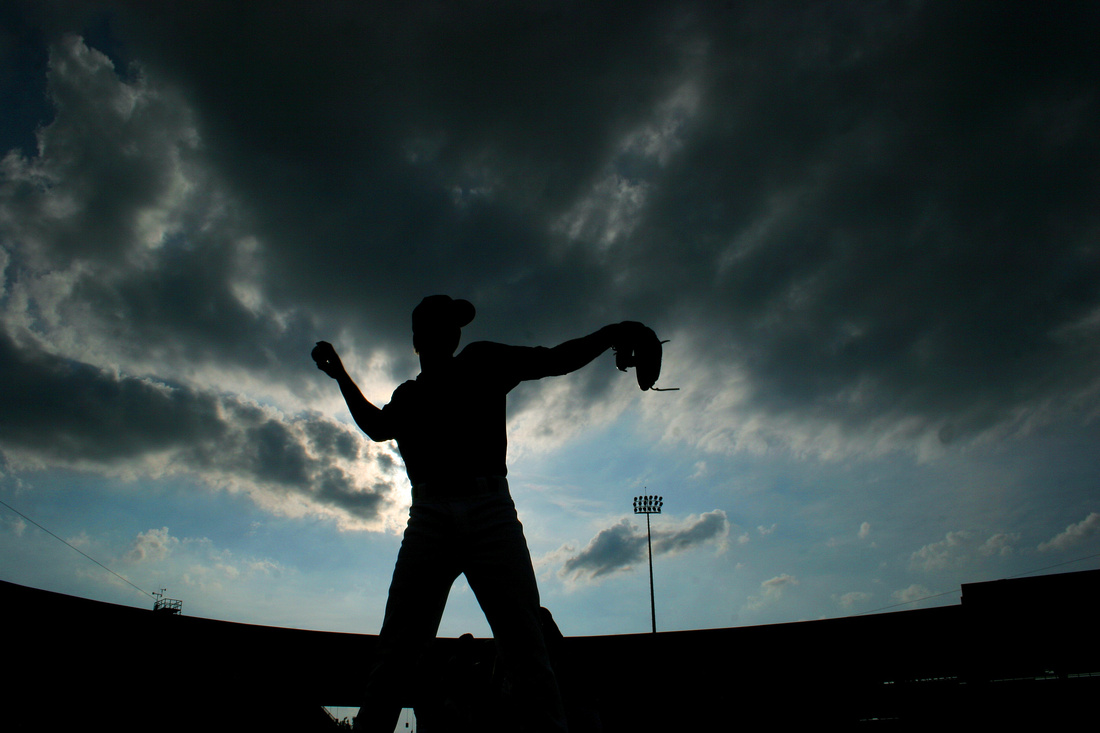 Each week during the baseball season, Minor League Baseball (MiLB) receives thousands of pictures from Minor League team photographers from all over the country. These pictures are reviewed by MiLB photo editors and the best images are highlighted in "Photos of the Week." This picture of James Beresford, silhouetted against a dramatic sky, was featured during the week of July 2nd. 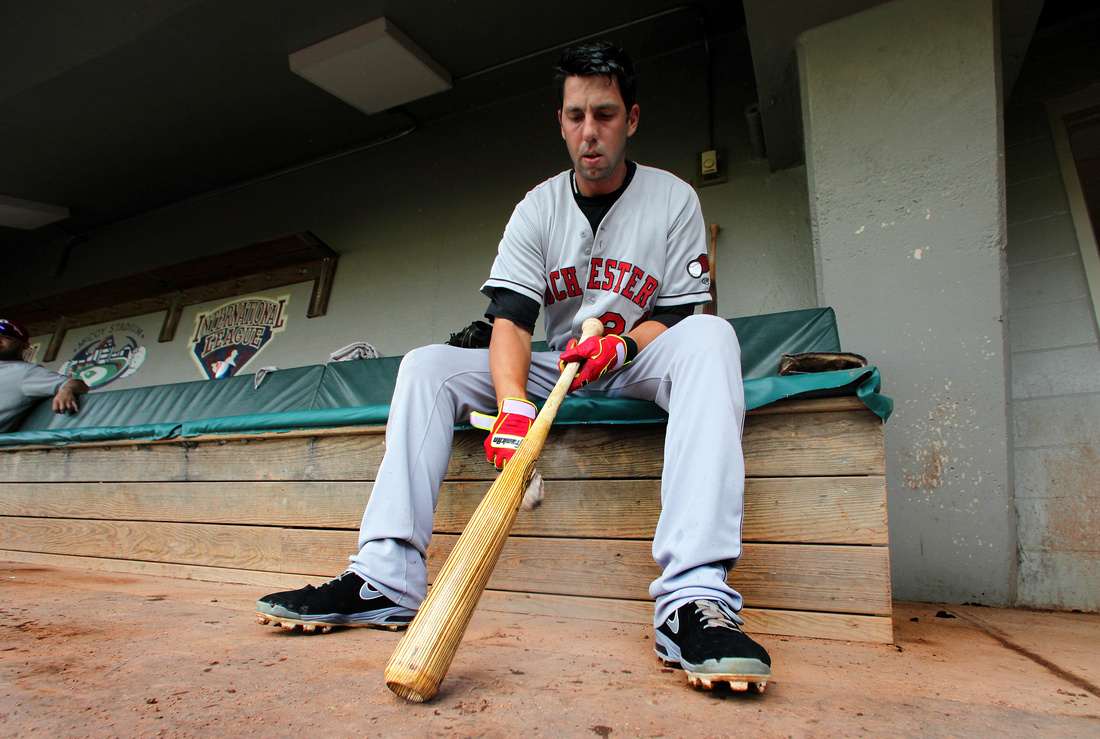 Chris Colabello prepares for the final game of the season in Pawtucket. As it turned out, this was his final game in a Red Wings uniform as he has now moved on to the Toronto Blue Jays organization.